The University of Wyoming football team took to the field yesterday for their first of fifteen spring practices. Here is a quick recap of what you need to know about the first day of spring ball. 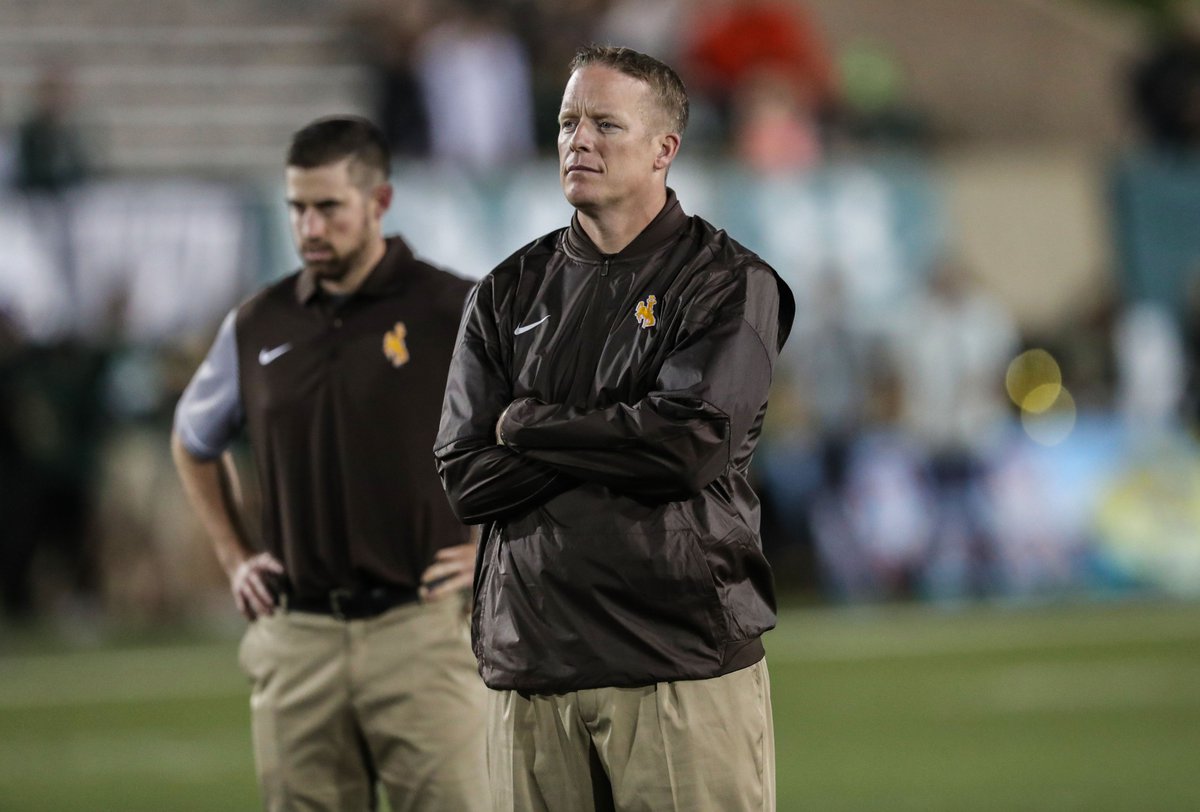 Head Coach Craig Bohl announced at the spring media luncheon that offensive coordinator Brent Vigen has been named Associate Head Coach. This is a promotion for Vigen who will remain the team’s offensive coordinator and quarterbacks coach with his new title. These things don’t happen in a vacuum and lead me to believe one thing.

Vigen being named associate head coach tells me there were other schools interested in acquiring his services. #GoWyo

This is a solid move for the football program that should keep the man responsible for developing two top QB’s in Carson Wentz and Josh Allen around Laramie for a while. As Associate Head Coach Vigen will have more “autonomy” in recruiting offensive players and will take on a more active role in promoting the football program across the state.

The Pokes started their basic installation process on offense, defense and the kicking game according to Coach Bohl using double repetitions. Bohl was pleased with the work of the strength conditioning staff over the winter and mentioned LB Drew Harvey, TE Tyree Mayfield, TE Josh Harshman, TE Austin Fort and LB Logan Wilson as having put in good work in the weight room.

As far as on the field, wide receivers C.J. Johnson, Austin Conway, James Price and John Okwoli were mentioned as having a good first day in making plays in the passing game. New center Gavin Rush was described as having a “mixed bag” first practice but the Wyoming head coach is confident he will clean things up. On defense, Logan Wilson kept up his playmaking after being moved to middle linebacker with an interception. Bohl mentioned that the team is more mature and was full of energy and confidence and that should help improve on the field performances.

The next spring practice will take place on Thursday, March 23rd

“I think you are gonna see a significant amount of improvement by our defensive team this year.”

Bohl cited the number of returning players (especially at cornerback and safety), recruiting to a proven model and the hiring of Scottie Hazelton as defensive coordinator, who has experience running this defensive scheme as reasons why he thinks the Cowboy defense will be improved in 2017.